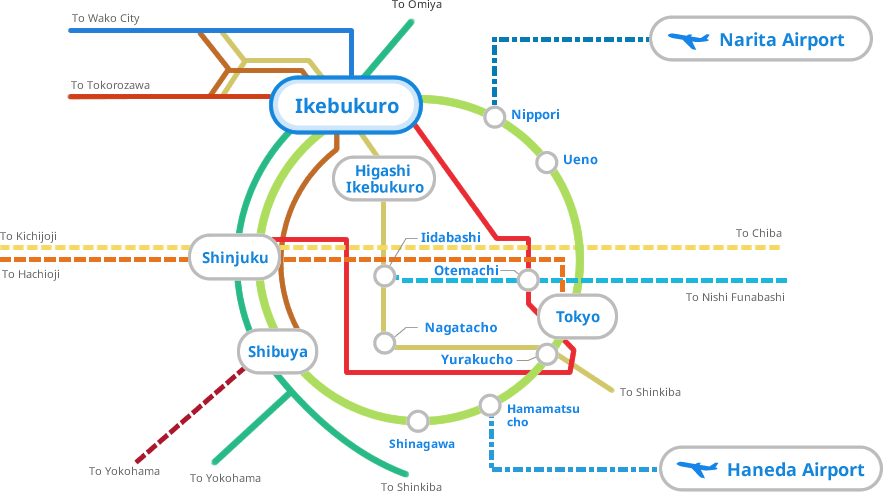 *Travel time does not include transfers or waiting time.

To Higashi Ikebukuro Station (on the Tokyo Metro Yurakucho Line)

The Airport Limousine Bus terminals are in Sunshine City as well as in front of the Prince Hotel.

*The travel time is an approximation. It does not include time for transfers or waiting.

*The travel time is an approximation. It does not include time for transfers or waiting.

From the nearest station 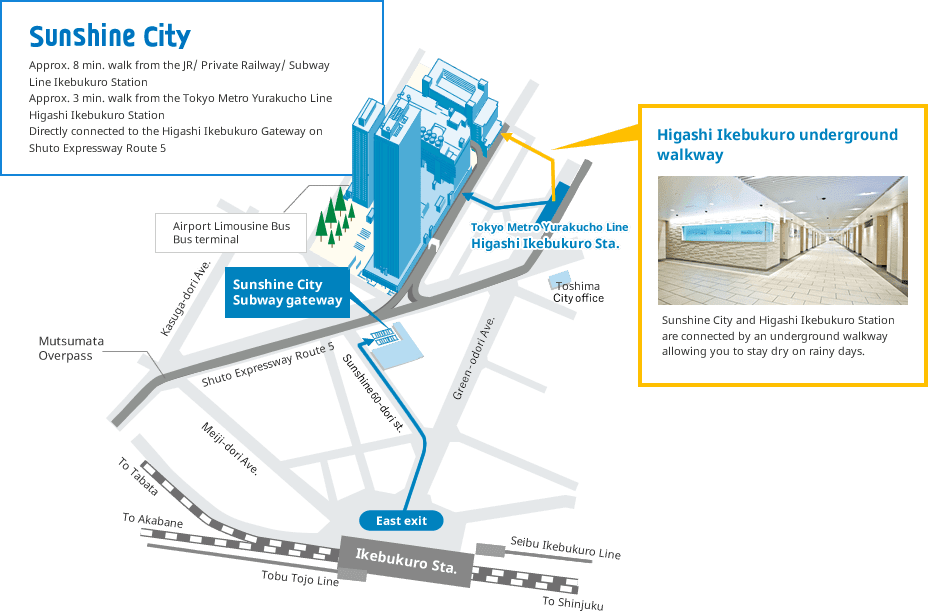 Please use the underground passage marked Sunshine City Underground Passage which you’ll come upon as you walk toward Exit 6, 7.

The bus terminal is located on the first floor of the Bunka Kaikan inside Sunshine City. The terminal is indoors so you can avoid getting wet when getting on or off the bus.

There is also a Limousine Bus terminal at the Prince Hotel.

Bus companies with direct access to and from Sunshine City

Access the bus company websites below to book a seat on a bus providing you with smooth, comfortable and direct access to Sunshine City.

For customers with physical disabilities

Customers in wheelchairs or who have physical disabilities should also check ourBarrier Free website.
※You can also use the site if you are visiting with a baby car.